29 thoughts on “The Relationship Between Chlorine and Cyanuric Acid”

PSC Ep. 78: What kind of chlorine do I use with high cyanuric acid?

December 26, 2018 Matthew Simmons
In today’s episode of Poolside Chat, Rob and Matt tackle another common swimming pool question:  What kind of chlorine should be...
Read Now

Do You Know The Power Of Stabilizer In Pool Chemistry?

December 2, 2020 Hector Flores
Have you ever heard of “cyanuric acid” in your swimming pool water? What about “stabilizer” or “conditioner” level? Here’s the...
Read Now

How to Break Chlorine Lock

February 6, 2019 Matthew Simmons
Chlorine is your pool’s immune system, without it, your pool would become ill, wretched and die. OK, that was a little...
Read Now 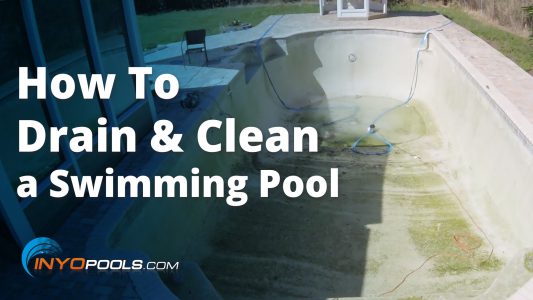 How To Drain and Clean A Swimming Pool

August 15, 2019 Matthew Simmons
Hey, pool owners. In this video, we’re going to show you how to drain and clean your swimming pool. In a...
Read Now