We’re standing here with Scott, he is the product manager for Hayward’s pump division. Now, let’s go with a big question, why would you want to go with variable speed?

Why should a pool owner consider a variable speed pump?

Scott: The simple answer is variable speed is going to save you a lot of energy, but more importantly it’s going to save you a lot of money compared to a single speed pump. Tests show they can save up to 80%, 90% up to $1,500 a year, so you’re going to save money for these pumps. They’re going to pay for themselves. Other benefits, they’re incredibly quiet. A single speed pump runs at one speed and then they can be noisy at times. A variable speed pump, you run it at a low speed, it’s going to be very quiet. A couple other benefits it’s typically better for filtration sanitization because you’re slowing things down. Everything is mellow and that’s better for the life of the equipment. Really, the final piece to that is that you’re keeping water moving and then moving water is happy water. Versus a single speed pump you might run eight hours a day, 12 hours a day that means it’s moving for 12 to 16 hours a day. It really is a better experience for the pool and it pays for itself while it’s doing it.

Further Reading: Variable Speed Pool Pump or Dual Speed… Which is Best for Me?

Let’s start with the Max-Flo. What makes this pump the right choice for a pool owner?

Fair question, why would you go with the Max-Flo? First, I’ll say we’ve got four versions, they’re different sizes. The same way the industries had forever different sizes a half or 1, a three horsepower pump. The idea is you pick the pump that’s the right size for the application. If you need to move a lot of water, you can get the big pump, if you need to move not as much, you can get the medium, and if you got a basic pool only or a smaller plumbing whatever reason may be, you go with the pump like this.

This is Max-Flo, this is our smallest variable speed pump in terms of its output, but it’s ideal for a lot of pools particularly in Florida because there are a lot of, thankfully, Hayward Max-Flo, Max-Flo II to the Max-Flo XL single speed pumps and this is a drop-in replacement for it. It’s basically one and a half horsepower and that’s more than likely what you’re taking out from one and a half or a one, so why put a three horsepower pump to replace a one and a half? This is ideal for that type, I’ll say, smaller pool or older plumbing. Does the Super Pump have a variable speed equivalent?

We compare the Super Pump (115V / 230V) it to Ford’s F150 because it is has been around forever and it is the backbone of our pump division. Because of its importance to us so we had to have a variable street versus that because it’s a drop-in replacement. The same idea about one and a half horsepower it’s going to be the right size, and you’re not paying for more than you need. You’re not paying for F250 when you only have an F150.

Is the TriStar available in a 3 HP only?

The same way pool professionals have been picking the right size horsepower forever, they look at the size of the pool and all the other stuff, and they got water features or spies and they go, “We need a two horsepower.” They can do the same thing here. It can look intimidating, but the same thing they’ve been doing, they just do it now and pick the one that’s right for the application. Did your variable speed controller get an upgrade recently?

It did. We did our original lineup and then to Max-Flo and Super Pump, they were not consistent. They did all the same things in terms of saving energy and quieter, but it was like having to learn Apple and Android. They did the same thing but you had to learn two different ways. We commonized the user interface now, so I guess to keep using the Apple analogy. If you learn one, you learn your iPhone you can use an iPad, they don’t make iPods anymore, but they’re all the same now. The same user interfaces, they all program function and do the same thing in terms of how you program them, how you can rotate them in different positions, you can mount them on the wall.

They all talk to Hayward automation. They can work with other controllers through relay control. They all do the same functionality and it just comes back to pick the one that’s the right size.

The control is rotatable and mountable, correct?

Yes, so you undo these two screws and I can be in different positions because we learned that what looks good here in the showroom, in an equipment pad when you’re trying to read this and then go, “My back hurts.” Not quite the same.

It’s just two screws and I can put this in any four positions or I can remove it and mount it on the wall with the wired connections. It just makes it a little bit easier for people that have to deal with the reading information that they didn’t have on a single speed pump.

You got to be careful. Bigger is not always better when it comes to pumps because you can actually damage the pump. You can, what’s called starve it. You’re just not getting enough water into it.

Or cavitation, exactly. We don’t recommend, for instance, our Tristar pumps on inch-and-a-half plumbing because you will likely starve them and create other headaches. You want to pick the pump that’s right for it. You’ll get a better use of that pump overall.

For more information on this topic, feel free to browse our Hayward Variable Speed Pump section.

Can I Go With A Higher Horsepower Pump?

December 4, 2014 Matthew Simmons
The proper horsepower for your pool pump depends on a number of factors.  So before you jump on the bigger-is-better bandwagon,...
Read Now 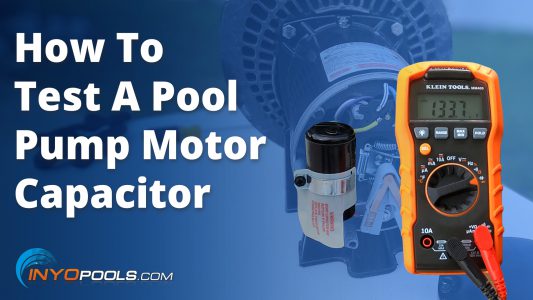 How To Test A Pool Pump Motor Capacitor

April 27, 2022 Matthew Simmons
In this video, we take a look at how to test a pool pump motor capacitor with a multi-meter. If your...
Read Now 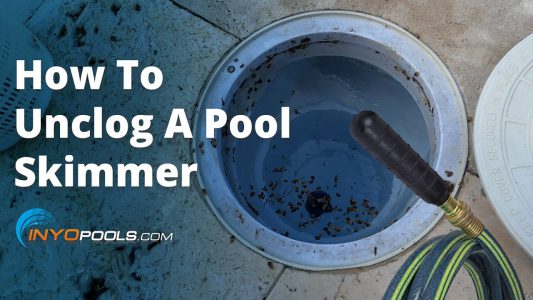 How to Unclog Pool Plumbing

March 2, 2022 Matthew Simmons
This video gives will show how to use a drain bladder to clear a clogged skimmer line. A working skimmer is vital...
Read Now 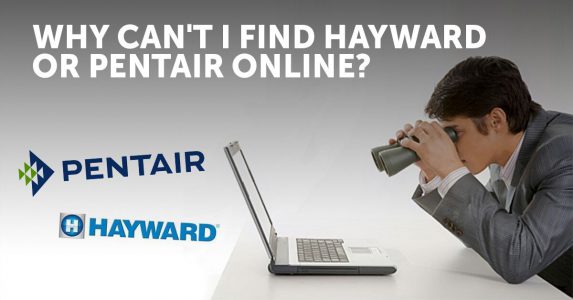 Why You Can’t Find Hayward or Pentair Products Online

December 11, 2019 Charlie Ramirez
If you’re wondering why you can’t find Hayward or Pentair products online anymore, wonder no more. The answer is simple: they...
Read Now