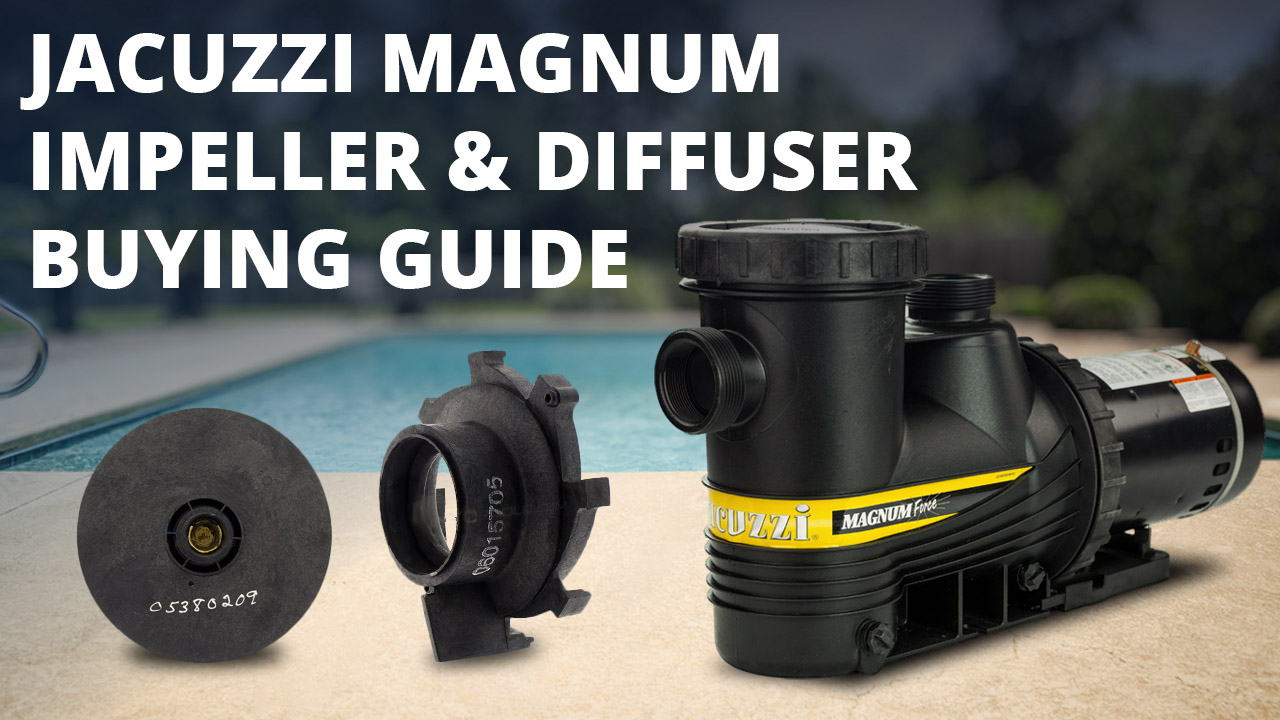 In this article, we’ll explain how to identify your Jacuzzi Magnum’s Impeller and Diffuser as a Type A or Type B revision. In addition, identifying which style of diffuser you own will ensure you get your pump up and running as quickly as possible.

The Magnum pump has been manufactured under several brand names, like Jacuzzi, Carvin, and Cantar. The pump model name has also been fancied up a few times with the additions of Plus, Force, Force 3, and all other iterations, but the general design has stayed the same, for the most part.

Picking out the correct part style for your Magnum can be a minefield of serial numbers, model numbers, and manufacturer dates. But we’ll show you a few tips and tricks to make sure you find the right parts for your pump.

First, let’s confirm that you have a Jacuzzi Magnum. The Magnum’s model numbers have gone through little changes over the years, but the general format is easily deciphered.

Let’s break it down so that we can figure out what you have:

Check for the Diffuser Fin

The quickest way to determine if you need the A or B style is to open the pump and view the diffuser. Type A has a distinctive fin on its diffuser, whereas Type B looks like a more traditional diffuser version.

Most parts of your pool pump should be labeled or stamped with a part number. As you can see in the below picture, the diffuser has a very noticeable part number, but this could wear off with age. Impellers are more likely to have the part number stamped into the front or back plate of the impeller.

With all the information we have gathered up until this point, like the model number, age of the pump, and diffuser style, figuring out the correct impeller should be simple.

The information that ensures a good match is the impeller part number. This number is usually stamped or written on either the face or backside of the impeller disk, as shown in the picture.

If the impeller part number is missing, the next best thing is to match using measurements. Most Magnum diffusers and impellers have been carefully measured and noted on dimension images.

For some horsepower sizes, the only differences between the ‘A’ or ‘B’ style are these two points. In the figure, we illustrate how to take the width measurement. First, measure the width, including the front and backplate and the vane holes.

This is the best way to identify your seal housing via a parts manual:

I suggest purchasing the updated ‘B’ style because these are likely to stay in production longer than the older ‘A’ style.

You will have to purchase replacement housing for pumps manufactured in 2003 and before to line up with the updated models. If this is the case for your pump, you might want to consider replacing the whole pump.

July 13, 2022 Matthew Simmons
We here at INYO pride ourselves in being upfront about pool and spa maintenance and being more than willing to help...
Read Now

May 21, 2015 Matthew Simmons
A person who has had the pleasure of seeing the innards of a pump (opened by their own hand or glancing...
Read Now 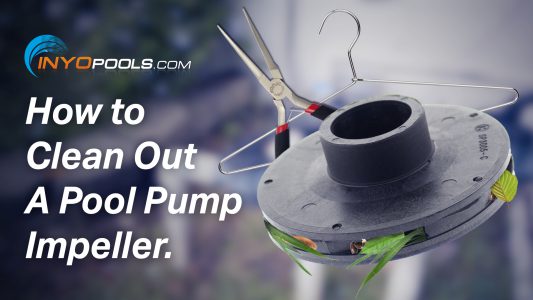 How To Clean Out A Pool Pump Impeller

December 11, 2015
How To Clean Out A Pool Pump Impeller If you have weak water flow coming from your return jets, then you...
Watch Now