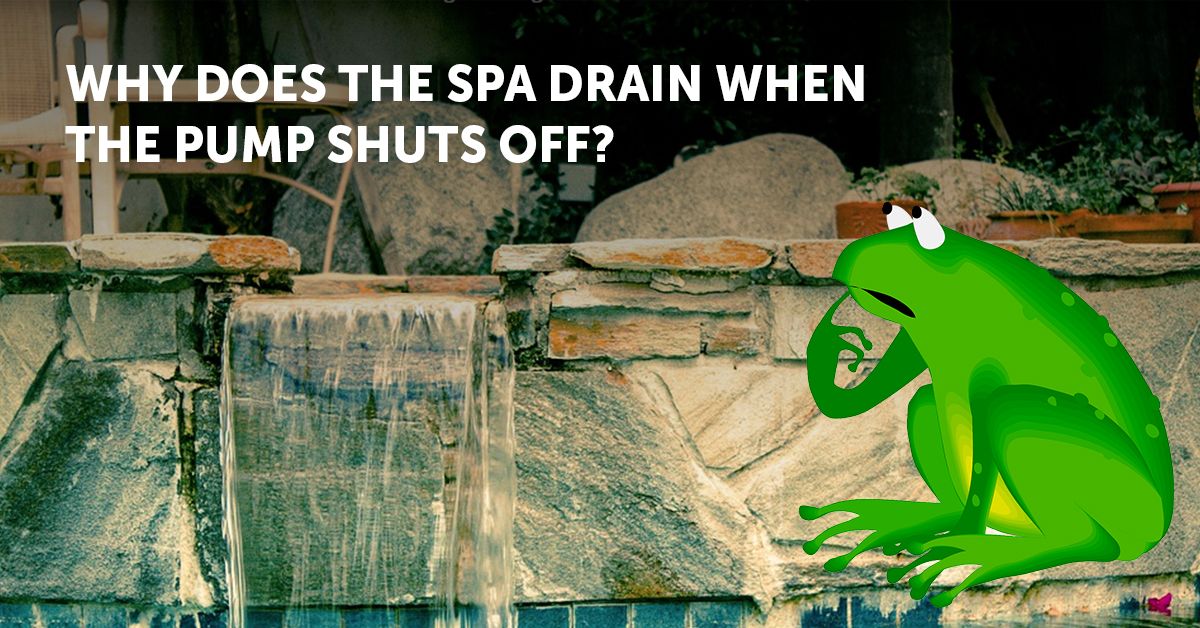 Oh no! Did you wake up today, look out your window, or walk out to your pool area and notice that the spa was nearly empty? Is it leaking? Where’d the water go? Is it under the deck? But, there isn’t any water gathering that you can see. There are really only a few reasons as to why the spa is draining. Most commonly, it is simply due to a failed, or stuck check valve in the plumbing at your equipment.

A raised body of water that actually shares the same system as the main pool that is lower than the spa naturally wants to drain into the main body of water below it because of gravity. The check valve prevents back water flow from going into the pool. Sometimes, that valve goes bad or gets stuck allowing the water from the spa to drain back into the swimming pool.

It’s an illusion! There is no actual leak. Essentially, it is just moving. Depending on the model of your check valve, you may be able to replace the main part of it, or you may actually have to replace the entire valve. There are also diverter valves for controlling the direction of the water flow. These valves have seals and gaskets within them that could go bad. The diverter assembly has a square/rectangular gasket that seals the water flow off from whichever side you have in the off position. If that gasket fails then water could make its way into a line that you did not want. For example, the spa return line allowing water to flow back to the rest of the pool system causing the spa to drain. Change that valve diverter assembly and the problem is solved. Next, we have a failed valve actuator. Some diverter valves have valve actuators mounted to them that automatically rotate to open or close certain ports of the valve upon command. Sometimes, these actuators can get stuck in the “on” position allowing the water to drain from that particular line. (I.E. spa to pool) These actuators are fairly easy to replace as they merely screw to the top of the diverter valve and are plugged into a control panel. The plugs are similar to an older phone jack design. Replace the valve actuator and that leak should be resolved.

Pool equipment including the plumbing can end up getting an air suction leak, or even an air pressure leak. What can happen is due to gravity, once the system shuts off, air can make its way out of the system. This can cause the water in the system to drain. There can be a number of these located in your pool system that can cause an air suction leak. Here is our “How To Find Suction Side Air Leaks In Your Pool” guide which shows the most common locations for an air suction leak, and how to troubleshoot them. There you have it: the causes and solutions as to why your spa might be draining.

3 thoughts on “Why Does The Spa Drain When The Pump Shuts Off?”

January 5, 2015 Matthew Simmons
Congratulations!  You are now the proud owner of a source of great fun and relaxation and of indescribable frustration – a...
Read Now 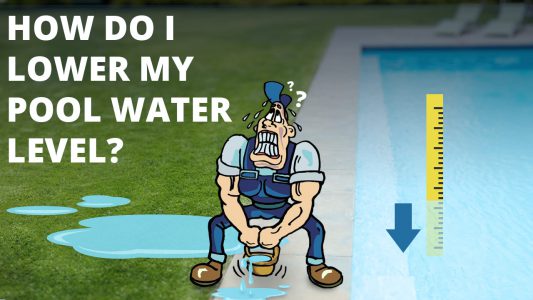 How Do I Lower My Pool Water Level?