Hello pool owners and welcome to Episode # 2 of Poolside Chat with your hosts Rob Mclintock and Matt Simmons. Every week we will answer your questions on how to fix and maintain your swimming pool.

Our first question is from Vincent.

“I’m receiving a leak from around the handle of my multi-port valve. Which O-ring should I replace?” ~ Vincent

Well, Vincent, on the shaft of the valve there’s tiny O-rings, maybe about an inch in diameter, and washers. Typically when those go bad that’s when you get the leaking out of the handle of the valve. If you were seeing leaking from the backwash line, that would be your spider gasket. Anything else, Matt?

The spider gasket basically looks like a big wagon wheel. I would say like a five to six-inch wagon wheel at the base of the valve. Once you pop off the key cover handle from the six or eight screws, you’re going to see a little pinwheel at the bottom. Or it’s going to be attached to the diverter itself. This pretty much just makes sure all the water is diverted to the right place.

If your water is going out the backwash when you’re in filter, that’s the issue. With the water coming out the top of the cover, or right around the handle, most of the time it’s going to be those inch wide little stem O-rings, sometimes the Teflon ring or possibly the spring is of out of place and you have to, kind of, adjust that. It’s not an easy fix, because you have to put it all back together. Rob’s a pro at it since he has done it quite a few times. When you have to get all those parts back onto the valve, you have to compress that spring and then also find a way to tap the handle back into the stem of the diverter. If you’re an orangutan, you will be super great at this repair. If you are not and you are mere humans like Rob and myself, you will need a second person. But that should answer that question for Vincent.

Our second question is from George.

Variable speed motors also are great for a few different reasons. They save you money in two different ways, actually three different ways. The first way is depending on where you live. You may get a rebate from your electric company. Could be $100, $200, $300 or even more if you switch out a single speed for a variable speed.

The second way is they’re just more energy efficient because you have the ability to change the RPMs on a variable speed motor. So, instead of running it at full speed all the time like you would with a single speed pump, you can bust it down from 3,450 RPMs all the way down to 1,000 RPMs. Just run the pool pump a little bit longer to get through your water at the same amount of time, and you’re going to be saving money – a ton of money – there too.

Finally in terms of longevity, variable speed motors are built like a rock. I would say built like a Ford, a Ford F150. Instead of the standard induction coils where you have copper windings that are really susceptible to heat, it’s a magnet driven drive shaft. So, they aren’t going to burn out like your single speed or your dual speed motors. So instead of having to replace a motor every two to four years with a single speed motor, you should be looking at every ten years or maybe even more with a variable speed motor. So, that’s a threefold in saving you money! That should do it for George’s question. We can only do two questions at a time, because we get tired and we need to take naps. We don’t retain much knowledge either.

It’s been fun, as always. He’s Riggs. I’m Mertol, aka the good-looking one. You can always contact us at 877-372-6038 (that’s our toll-free line) or you can email us at upload@inyopools.com or contact us through www.inyopools.com and we would gladly answer any question you may have. Thank you for viewing, and it’s been fantastic. Bye.

What Does My Valve Control?

May 28, 2015 Matthew Simmons
Good question; strike that, great question!  This topic is brought up quite often by puzzled pool owners presented with a rat’s...
Read Now

PSC Ep. 51: Can I use a standard liner in a dish-bottom pool? 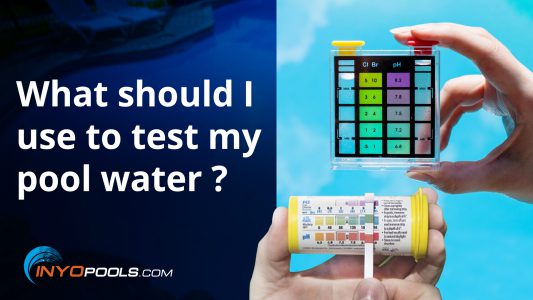 July 10, 2019 Matthew Simmons
In today’s episode of Poolside Chat, Rob and Matt tackle another common swimming pool question:  What do you recommend I use...
Read Now