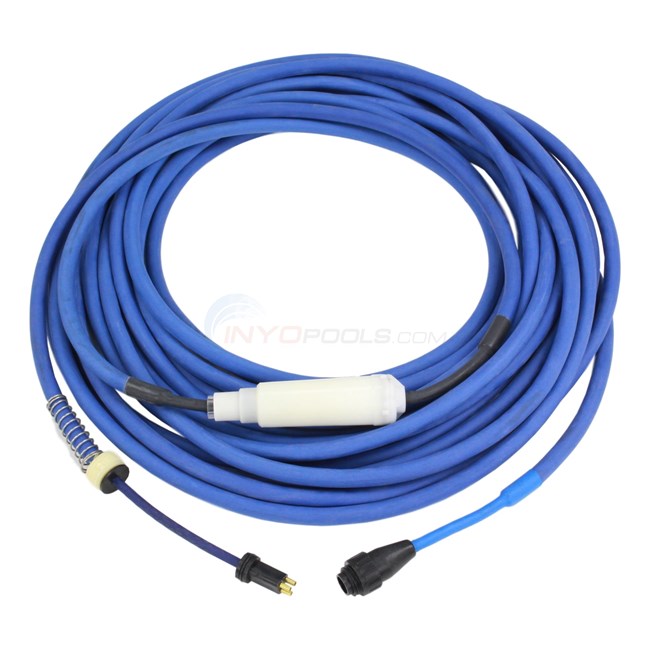 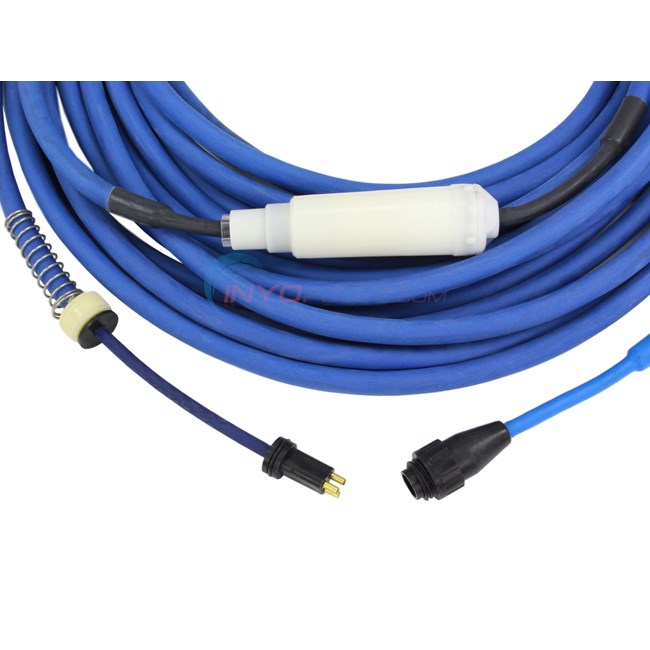 This cable description states used for DX5 plus is that the same as DX5S?
Reply

Hello, technically those are two different model cleaners however the cable part number 9995872-DIY is compatible with both cleaners.
Reply

Is this the correct cable for a Dolphin Nautilus CC Plus? Thank you.

I need the swivel cable for a Dolphin Quantum. Is this the right cable?
Reply

This cable is not compatible with the Dolphin Quantum, you'll need p/n 99958903-DIY.
Reply

i have a older dolphin delux4 pool cleaner will this cable fit my unit , thanks
Reply

Will the 9995862-DIY work on the Dolphin Triton? My current cable has 3 prongs but we do not have a remote and I believe the third prong is for the use of the remote.....so I want to be sure this will part will work. Thanks!
Reply

How can I be sure that my cable needs to be replaced? My robot stopped working out of the blue after 7 years (Dolphin DX4), is there a way for me to test the cable with a multimeter? I wouldn't want to buy a 250$ cable for nothing... Can I get a refund if the new cable doesn't bring back my robot? Thanks
Reply

A  Answered on 4/13/2020 by InyoPools Product Specialist Patrick P.

Hi Philippe, Please check out this Video on How to Troubleshoot a Dolphin Pool Cleaner and it goes through the multimeter testing.
Reply

It says triton compatible - is this same for triton plus?
Reply

A  Answered on 9/23/2019 by InyoPools Product Specialist Michelle B.

Hello, The triton is not the same as the triton plus. They would take different parts.
Reply

A  Answered on 7/2/2019 by InyoPools Product Specialist Kevin G.

Yes, as long as the part is in new and unused condition. For our return policy, please click HERE.
Reply

Can this plug be changed? It looks to me as if the copper playing wore off & it’s not making a connection 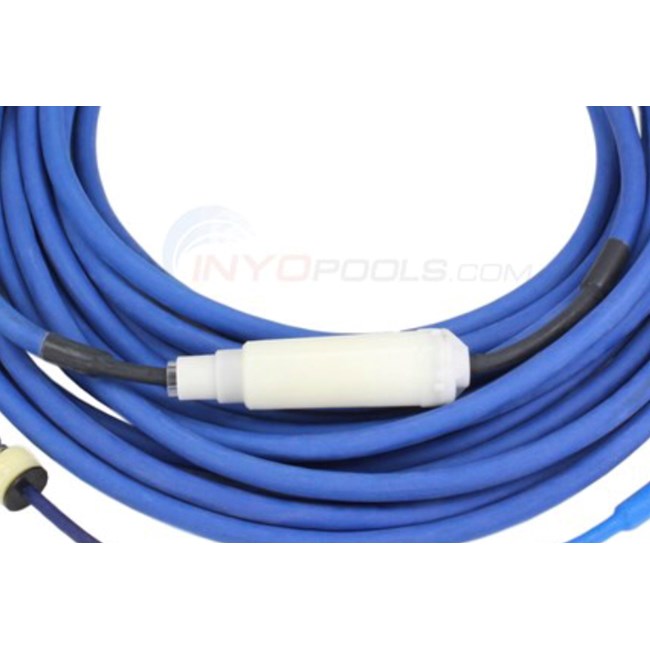 A  Answered on 6/1/2019 by InyoPools Product Specialist Lennox H.

Is there a longer cable then the 60' cable for a Triton PS?
Reply

A  Answered on 5/29/2019 by InyoPools Product Specialist Michelle B.

Hello, Unfortunately, the longest cord will be 60'.
Reply

we need a new cable for our Dolphin DX5-s . it has 3 prongs , can you tell me the right model #
Reply

A  Answered on 5/25/2019 by InyoPools Product Specialist Patrick P.

Hi Leslie, We put together this guide on How to Select the Proper Dolphin Replacement Cable which will walk you through the process of choosing the right cord for your cleaner. Once you select the proper cable then we have this Guide on How to Replace Your Dolphin Cable which should be helpful when you tackle this project.
Reply

A  Answered on 5/6/2019 by InyoPools Product Specialist Michelle B.

Hello, Nothing comes up with model number 9996356. What is the brand and the model of your vacuum so we can further assist you?
Reply

Yes, this will work with a Triton.
Reply

I have a dolphin deluxe 4 that needs the short part of the cable that attaches to the motor and the swivel replaced. Is this section of cable sold separately or do I need to buy the whole 60 foot length?
Reply

Hi, John. You will need to replace the entire cable assembly 9995872-DIY.
Reply

A  Answered on 5/6/2018 by InyoPools Product Specialist Lennox H.

Hi, Chris. Yes, this cable is compatible with the Dolphin DX4.
Reply

I am looking to replace my Dolphin Quantum cable with one that has a swivel. Will this one work?
Reply

Mark, Unfortunately, I only show one option for the Dolphin Quantum cleaner which you can view here.
Reply

Was told my power cord to dolphin 3 no longer any good , will need that part and two more parts replaced cost 200 .can I repair myself cheaper
Reply

Hi, Rachel Dixon. This part is considered a DIY part, so it can be installed by someone other than a professional.
Reply

is this the power cable for the dx6
Reply

Hi, Tom. Yes, this cable can be used with the Dolphin DX6.
Reply

I have a DX4, is this power cable w/swivel the no tangle replacement for the existing cord that tangles after one use?
Reply

How long is this cable? I see 18m does that mean 18 meters or roughly 60 feet?
Reply

Can i replace my power cord on a dx4 myself? Maytronics dealer quoted me $525 to do this, $400 was the cable. Does not seem right.
Reply

A  Answered on 6/17/2016 by InyoPools Product Specialist Patrick P.

Hi Dan, Yes we have many homeowners do this repair themselves. The price you were quoted seems very high.
Reply

Hi Jerry, I will confirm with Maytronics Tech Support at 1.888.365.7446 before purchasing but from what  I've gathered the Cable Assy-Diag.-20m (9995782-ASSY) will be the correct cable you'll need for your Dolphin Deluxe 4 Cleaner.
Reply

FYI both part numbers work for the dolphine premier according to Maytronics. Thanks for your help. Original question: What is the difference between part number 9995872-DIY and 9995873-DIY
Reply

Does this Cable & SWV assy include the connectors to the power supply and the Dolphin.
Reply

Robert, The connector to the power supply and to the Dolphin motor is included with the Cable & Swiel Assy 18M DYN DC (9995872-DIY).
Reply

Bad cable, loose connection on the swivel on the cable

I reviewed the video on replacement of the cable and repaired my Dolphin in about a half hours time. Great price and a very good video instruction of the cable replacement.