Kicking off our top five list is energy efficiency. Variable speed (VS) motors can use 50% to 75% less energy than traditional single speed motors and get the same job done. Even though there are sufficient data and customer feedback to support that claim, there are still skeptics. Those skeptics will allege that replacing the current single-speed motor with a lower HP single speed motor can produce the same savings. They are not taking into consideration the design of the variable speed motor and the Pump Affinity Law.

Most variable-speed motors, like the Century V-Green, are considered permanent magnet motors. Thanks to the magnets working to spin the rotor, efficiency is improved in the VS motor. Single-speed induction style motors lose efficiency because additional electricity is required to activate the magnetic field in the rotor. This means that if the same flow rate is needed, a variable speed motor will operate more efficiently and draw less power. Wait, it gets better!

Unlike single-speed motors that can only operate at maximum flow rates, the variable speed motor can slow the water flow and maximize savings. To comprehend what these savings can be fully, it is important to grasp the Pump Affinity Law. This law is used to demonstrate the relationship between motor speed, flow rates, and energy consumption. Essentially, it states that the power consumption drops dramatically as the motor speed and water flow are decreased.

To better illustrate the Pump Affinity Law, we have put together a chart showing the decrease in power consumption based on RPM setting. The numbers reflect a Century V-Green 1.65 HP motor paired with a 1.65 total HP impeller. Once the motor is installed, it needs to be programmed. Since every pool is different, the programming is not standard. The speed settings will have to be dialed in according to the equipment’s requirements. This will require experimenting with running the motor at different speeds. Once the minimum operating speeds have been determined for each piece of equipment, the run times can be set.

Keep in mind that the items like automatic cleaners and water features do not need to run the entire time the pump is on. It is normal to have those items running only an hour or two a day. A low RPM can be used to circulate the water the rest of the time. As stated before, running the motor on lower speeds generates the greatest savings.

Until recently, the ability to monitor the pool system remotely required an elaborate control system. Century V-Green variable speed pump motors now have wireless capability when combined with the VLink interface. Once the VLink is connected to the home’s wireless network, the pump can be controlled from any smart mobile device.

Concluding our top 5 reasons to get a variable speed motor is noise or a lack thereof. As mentioned before, VS motors are totally enclosed. This means that most of the noise generated is muffled instead of being released through vents like the induction-style motors. While operating at a low speed, it’s hard to tell if the motor is running. Actually, the variable speed motors running at a high speed are noticeably quieter than traditional single-speed motors. 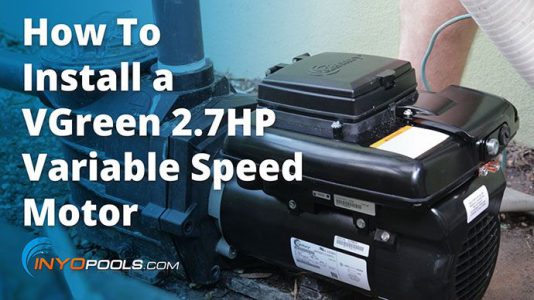 How To Install A VGreen 2.7 Variable Speed Motor

April 22, 2020
In this video we'll cover the steps on removing a Hayward Super II motor and installing a VGreen 2.7 HP Variable...
Watch Now 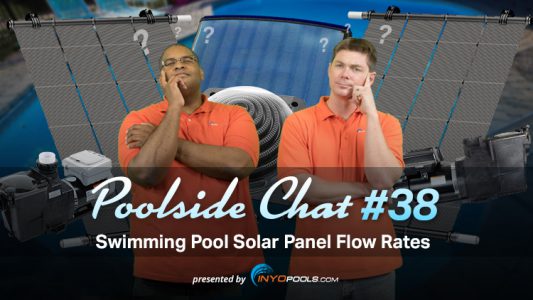 August 31, 2016
Swimming Pool Solar Panel Flow Rates In this video, we take a look at whether you can run your variable speed...
Watch Now

May 11, 2015 Matthew Simmons
The results are in for our top-selling variable speed pool pumps!  Here are the models our customers have chosen repeatedly for...
Read Now