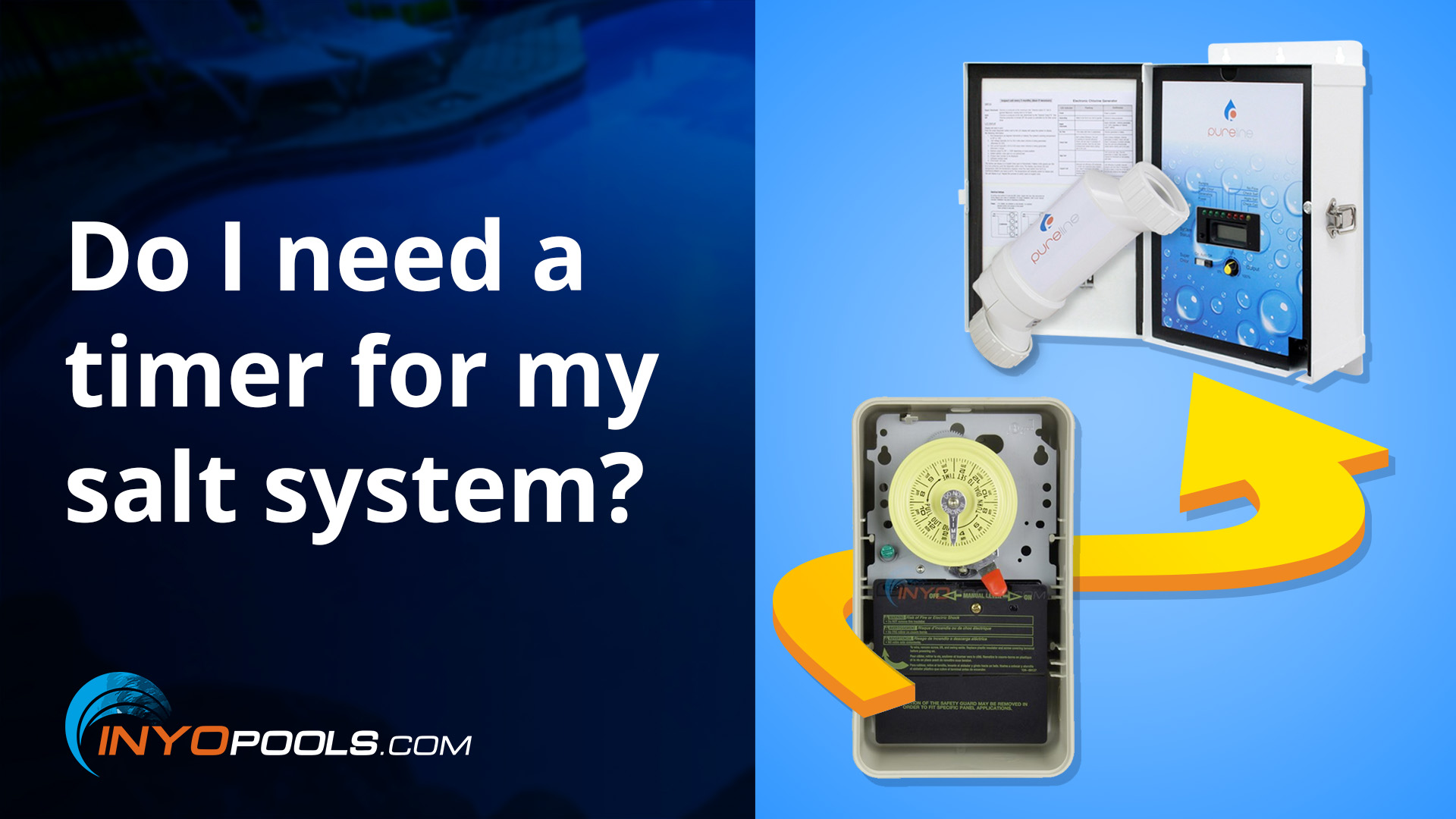 The quick answer would be yes, you’d want to put your salt system on a timer unless your salt system has a built-in timer, which there aren’t that many of. I think the Autopilot, maybe the AquaTrol, the Hayward salt system above ground pools. But yes, you’d want to put it on a timer. We get a lot of questions like, well, doesn’t have a flow switch. Shouldn’t the flow switch tell the system to turn off if there’s no flow? It could malfunction. It might not turn the system off if the pump schedule ends. It could continue to create chlorine, even though there’s no water flow. Then you run the risk of the gas building up and potentially causing the cell to explode. That’s the real reason you want to put the salt system on a timer.

Could you put the salt system on the same timer as your pool pump?

The majority of pool owners have their pump on a mechanical timer. They then connect the salt system to the same loads that your pool pump is on; that way it turns on and off at the same time as your pump. Some people have variable speed pumps that aren’t on a timer. In that case, you’d want to get an external timer for your salt system if it doesn’t have a built-in timer. Some variable speeds do have an auxiliary connection at the back where you can connect a salt system, but there’s not many of those out there. I think the PureLine Prime 2.7 because it has the VGreen motor, has an auxiliary connection, but besides that, you need an external timer.

If you’re looking or if you’re interested in a timer for your salt system or pool pump, you can take a look over at INYO Pools. If you have any questions or comments, please leave them down below. Feel free to like and subscribe. Thank you for joining us. Bye.

PSC Ep. 48: Should I use flexible PVC for my pool plumbing?

Poolside Chat Episode #33: Why Is The pH Always High In My Pool?

June 29, 2016 Matthew Simmons
This is Poolside Chat where every week we answer your questions on how to fix and maintain your swimming pool. Poolside...
Read Now

PSC Ep. 50: Can I use an expandable liner with my oval pool?

January 20, 2016 Matthew Simmons
This is Poolside Chat where every week we answer your questions on how to fix and maintain your swimming pool. Poolside...
Read Now