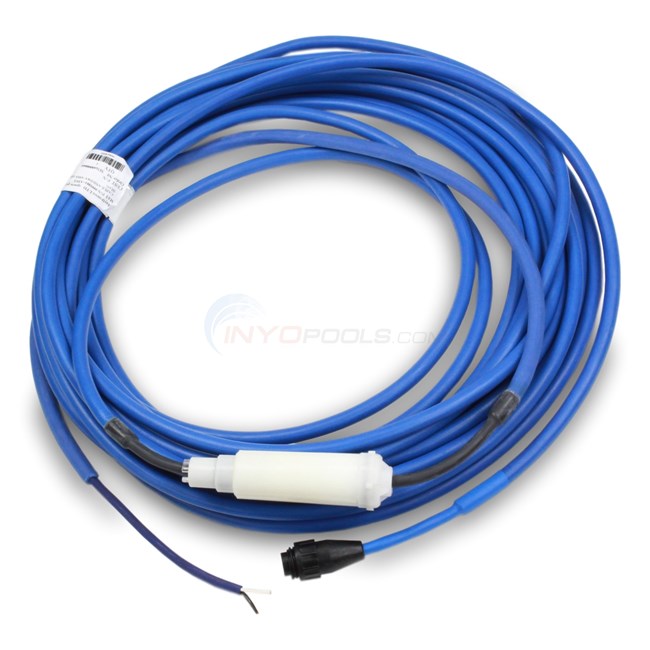 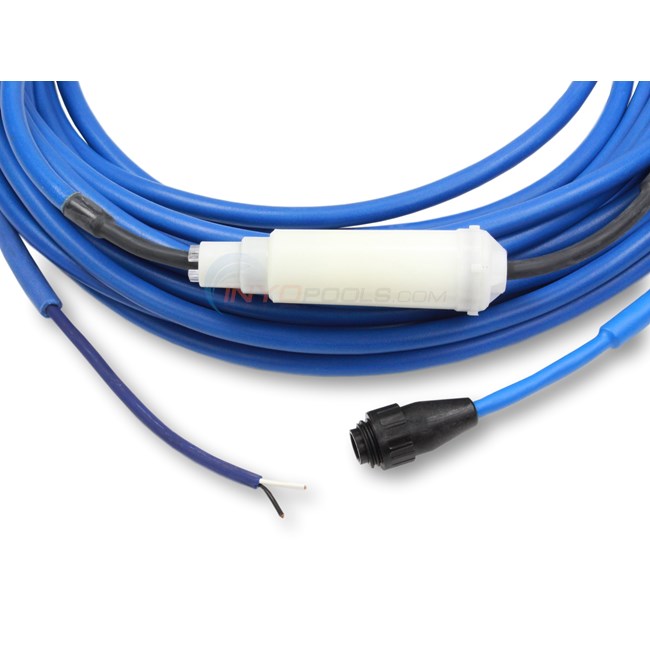 60' Cable, with Swivel and 2 wires. You will need to order a 9991279 Retrofit Kit separately to build the motor plug on this ASSY Cable

I have a Maytronics Quantum and need to replace the cable. What part number do I need? Thanks
Reply

Hi, Darin. Unfortunately, we do not have a parts diagram for the Maytronics Quantum cleaner yet, you will have to contact Maytronics at 1-888-365-7446 to get the part number of the replacement cable.
Reply

I have a Dolphin Deluxe 4 bought 8/2011. My cable has issues and needing to replace. It does have a swivel.
Reply

I have a dolphin Atlantis with a bad cord. Do you have the 9995861 cord with both end assemblies and spring attached?
Reply

A  Answered on 9/1/2017 by InyoPools Product Specialist Lennox H.

Hi, Larry. This cable can be used with the Diagnostic 2002 unit.
Reply

I have a triton with the cord coming through the top. My model is 3 years old. Does the cord come with the fittings on both ends? Does it require a dealer to repair or can I do it myself? I am handy.
Reply

A  Answered on 5/9/2017 by InyoPools Product Specialist Dennis R.

Cable 9995861-ASSY is not correct. You want to buy either a 9995872-DIY or a 9995873-DIY cable depending on the type of spring on the motor end of the cable. If your current cable has a metal spring, you want the 9995872-DIY cable. If it has a rubber spring, you want the 9995873-DIY cable. Be aware that both of these cables are listed as –DIY or –ASSY. You want the newer –DIY cable. See our guide on “How to Select the Right Maytronics Dolphin Cleaner Replacement Cable” for more detailed information. These –DIY cables are easy to replace. Take the top off to get at the motor end of the cable. Unscrew the white plug that holds the plug into the motor. Then pull out the plug. When you replace the new plug, it is slotted so there is no question about how it goes in.
Reply

I have a dolphin nautilus. My dog chewed through the cable approximately half the length. Is this the replacement for that? How difficult is it To replace this part if I decide to do it?
Reply

Hi, his is the correct cable for the Maytronics Dolphin Nautilus cleaner. It's not too difficult to install the cable, it is considered a DIY part.
Reply

Is this part only the cable 18 Meters long and the swivel assembly only without the end connectors?
Reply

Hello John, The 9995861-ASSY  18M Cable CABLE+SWV ASSY 18M DIAG and Swivel with Amphenol Plug on one side and raw wires on the other.
Reply

Is this the correct cable for a Dolphin Pro?
Reply