Fast, thorough cleaning without a booster pump
The Legend II provides the strongest cleaning action available without the need for a booster pump. It picks up leaves and large debris with ease, and its heavy-duty, large capacity twist-lock collection bag makes maintenance easy.

The Legend II is not only thorough, it's fast, too. With an innovative hydro-dynamic body, it moves along the pool bottom faster than most other automatic cleaners. Suitable for use in concrete, gunite, vinyl-lined and fiberglass pools, it can clean most pools thoroughly in just 1 to 3 hours.

Hi Stephen, using a booster pump for the Kreepy Krauly Legend II Pool Cleaner is not recommended.  Booster pumps generate too much suction for this cleaner and can damage it.
Reply

Does this include everything needed to use the cleaner? (hose, backup valve, wall fitting, etc.)?
Reply

Hi, Andrea. Yes, this everything is included for installation.
Reply

Needed a little adjustment to keep its rear end down. said one reviewer. What kind of adjustment and how?
Reply

Hi, Shanna. You will need to adjust the Thrust Jet. Instructions are available on page 5 of the Pentair Legend II Manual.
Reply

Why is the back floating, therefore not moving?
Reply

A  Answered on 8/14/2019 by InyoPools Product Specialist Michelle B.

Hello, Can you please make sure the float is in snapped in place?
Reply

I have a Jandy Ray-Vac and need to replace it. Will it work with the Ray-Vac systems and if so do I need a special adaptor to hook it up to it?
Reply

Bob, no you would require a separate booster pump and fitting to run the Kreepy Krauly Legend II Pool Cleaner - LX5000G in your pool.
Reply

Hi, Corb. It will not be okay. Using a booster will damage the unit because it's not designed to use high water pressure generated by a booster pump.
Reply

I've had rayvac cleaners for the last 15 years. The four wheel crawler looks cumbersome. Do most have to remove it when done
Reply

Hi, Jeff. Most homeowner leaves their cleaner in the pool. This unit is not cumbersome.
Reply

I have a Haywood Phantom in 1100 sq foot pool. The phantom has outlived its usefulness. What do you have to offer to replace it?
Reply

The problem I have with this unit is that is really doesn't work. Specifically, it will run (move around the pool) for a very few minutes and then stop. If I pull the unit up and force the front (drive) wheels to rotate, it will run again for a minute or so and then stop again. It's done this since it was brand new. Does anyone have any ideas on how I can get the drive wheels to actually keep the unit in motion? Thanks! PFD
Reply

Hello Paul, there might not be enough flow going through the drive unit, I would troubleshoot/run diagnostic with Pentair 800-831-7133
Reply

A  Answered on 7/3/2016 by InyoPools Product Specialist Lennox H.

How does this compare to the polaris?
Reply

A  Answered on 2/4/2016 by InyoPools Product Specialist Lennox H.

Hi Donald, The Kreepy Krauly Legend II Pool Cleaner is very competitive with the Polaris. The Polaris brand is a lot more popular but performance wise it worth it.
Reply

What is the length of the hose? Thanks.
Reply

Does this item include the hose?
Reply

Can you use a booster pump on this model or just the original legend.
Reply

This model cleaner is not designed to be used with a booster pump. Too much pressure actually works against it.
Reply

Pros: he's a hell of a lot better than my old Jandy Ray Vac

Cons: gets stuck at steps, gross to have to empty the trash because it's in a net (unlike Ray Vac), can't leave him in the pool to do his job in the winter, not very efficient at picking up leaves

This Legend II was a direct replacement for my old Jandy Ray Vac. I just unscrewed Ray Vac's wall fitting, screwed this one in, and put the Legend II to work. I have a pool shaped like an ink blob or something, very abstract, so I didn't bother to shorten the hose. So far so good. He climbs the sides of the pool and drives around very well. The pool is around 11 feet deep at the deepest and around 3 feet at the most shallow. It's not a very large pool, so he climbs very well. Cleaning his bag out is a new experience compared to Ray Vac. You just unvelcro the top of it and use your hand to remove the stuff. Honestly, not the cleanest and most appreciated method of cleaning, as I enjoyed just pulling Ray Vac out and using the hose on him. Using your fingers to scrape gunk out isn't that fun. So far I only have three real complaints though, and for somebody as picky and resistant to change as me, that isn't very many. I don't like that I'm not supposed to leave him in my pool over winter. I would do that with Ray Vac and he didn't care. The Legend II is basically shaped (and works) like a self propelled lawn mower, and like one, when he runs into my steps, he just stays there until his backup cycle (around every 3 minutes if I remember correctly) gets him off. Seems like he should have a less blunt nose so he doesn't get stuck on flat surfaces. This cleaner does not like steps he cannot run into and drive up and over. And finally, my third and final complaint... because he gets stuck at the stairs for minutes at a time, I can already see wear on his rubber tires, and he has been damaging the edges of my steps, which were already due for resurfacing. That's partially my pool's fault and partially his fault. And finally, this isn't a complaint so much as it is just something I kind of smirked at... He isn't terribly efficient at picking up leaves. He'll often drive over them, and not pick them up. Eventually, he does get them, but his batting average isn't very good. Even though he can drive all over my pool and probably touch nearly every part of the floor in 30 minutes to an hour, he certainly does need 3 or more hours to do his job. If he was an employee, you'd fire him for being inefficient, but since he isn't and just operates off the existing pool pump (costing no extra energy to run), I think he's good. Overall, he has been a major improvement over my old Ray Vac though, because he actually visits the shallow end, and can get up the walls!

only had cleaner a short time, but so far I am very pleased. was fairly easy to install. about 45 minutes. it moves around the pool good and picks up good. it stalls on the stairs but after a short time it will back-up and go on its way.

Cons: Needed a little adjustment to keep its rear end down.

The best auto cleaner we've ever had. It was almost perfect right out of the box. Plenty of power and doesn't miss a spot. We've had problems with leaves for years, but not anymore. 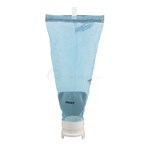 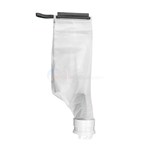