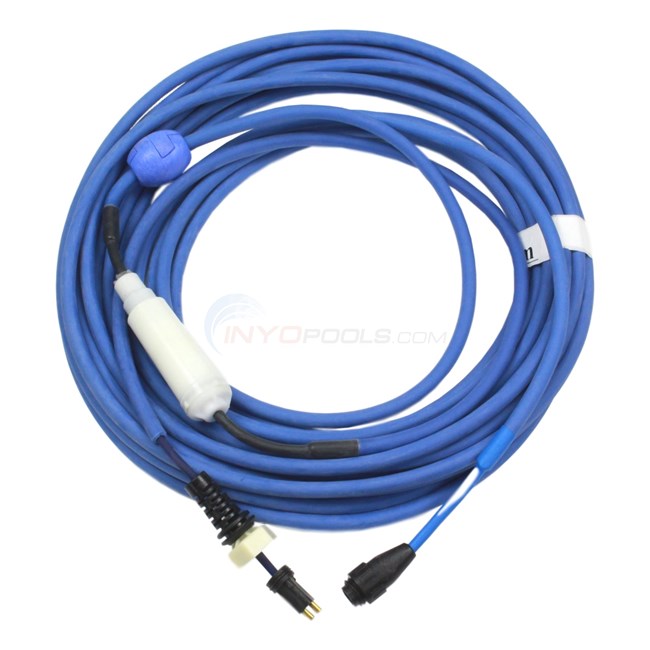 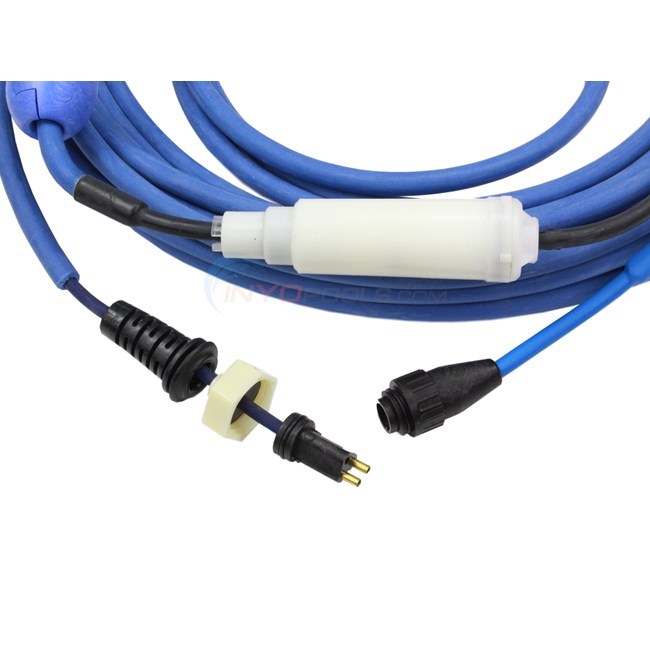 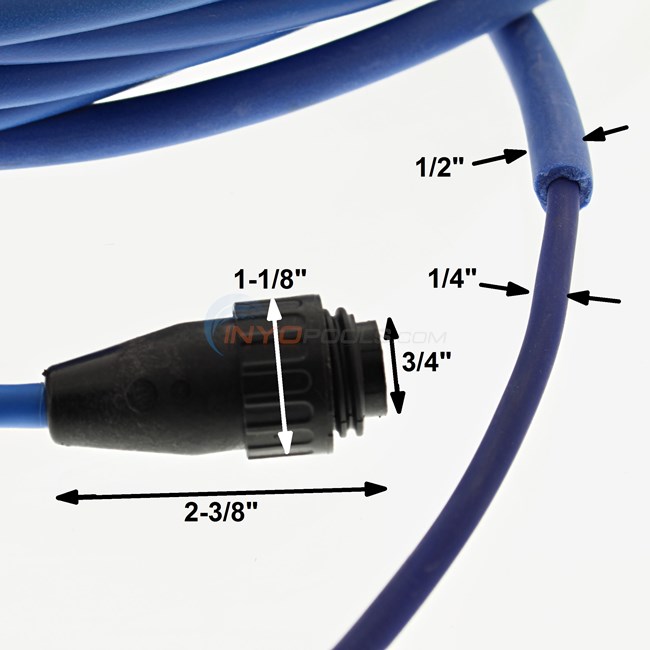 NOTIFY ME WHEN IN STOCK

My cable got chewed at the little rubber spring but the long part is fine. Is there a way to buy from the bottom part of the swivel down. The swivel has 2 pins instead of 3
Reply

I have a dolphin nautilus PN 99996323. Unfortunately I had a rat that chewed through the blue cable (the cable that runs from the actual cleaner to the power unit). Based on the catalogue there are a few items to choose from. Can you confirm what I need to order please.
Reply

Hi Katherine, You would have to contact Maytronics at 888.365.7446 with the serial number of your unit and they will provide you with the p/n of the cable you need.
Reply

1) Begin by removing the impeller grill at the top of the robotic vacuum.
2) Underneath the filter doors, remove all four screws.
3) Carefully lift top portion of housing straight up.
4) Remove the rubber cord boot by pressing it sideways toward the impeller opening. Penetrating oil or WD-40 may be useful.
5) Move the top assembly enough to access the internal cable retainer straps and cable receptacle.
6) Carefully remove both retainer straps.
7) Lift out the neutral buoyancy foam and set aside.
8) Try unscrewing the Nylon retainer nut by hand… carefully use an adjustable wrench if needed.
9) Once the retaining nut has been removed, grasp cable firmly and pull straight up. If corroded, carefully grasp the base of the cable with pliers and pull straight up with slow but increasing force. Receptacle should pop-loose.
10) With the cable removed, feed through the upper housing assembly.
11) *Please note that you will need to re-use your exsisting cable floats.
12) Begin reinstallation by applying pool o-ring lube to the retaining lip for the flexible rubber boot. Then feed cable through upper housing and slide/push boot firmly in place.
13) Also apply lube to the upper portion of the plug and receptacle. Add lube to the round rubber gasket that sandwiched between the Nylon retainer nut and the receptacle.
14) Using firm, even pressure, push straight down on the Nylon retaining nut and begin threading/tightening the nut. (Significant force may be required to squeeze the rubber gasket down and allow the threads to bite.) Once threaded, hand-tighten as far as possible, then very carefully use an adjustable wrench to tighten the Nylon nut a little more. Once the nut shows resistance to turning, STOP.
15) Reinstall cable-retaining straps.
16) Remember to reinstall the foam neutral buoyancy block before reinstalling the top cover assembly.
17) Carefully feed cable, lowering the upper assembly back onto the vacuum body.
18) A second person is useful to help align the pins that fit into the side skirts. With each person guiding/aligning the front side and back side, the top housing assembly should drop straight down onto the vacuum body. Look along the inside lip to ensure all four sides are properly aligned. Do not force. Carefully install screws.
19) Finally, remove the old floats and apply them to the new cable.