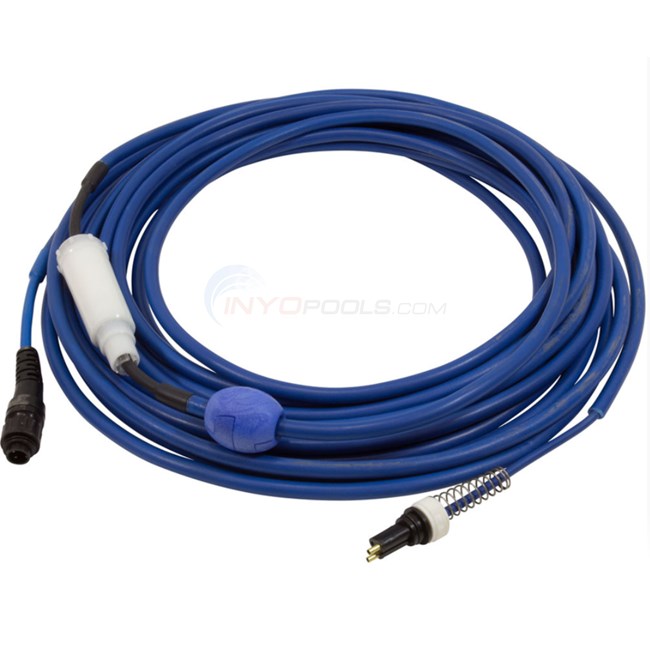 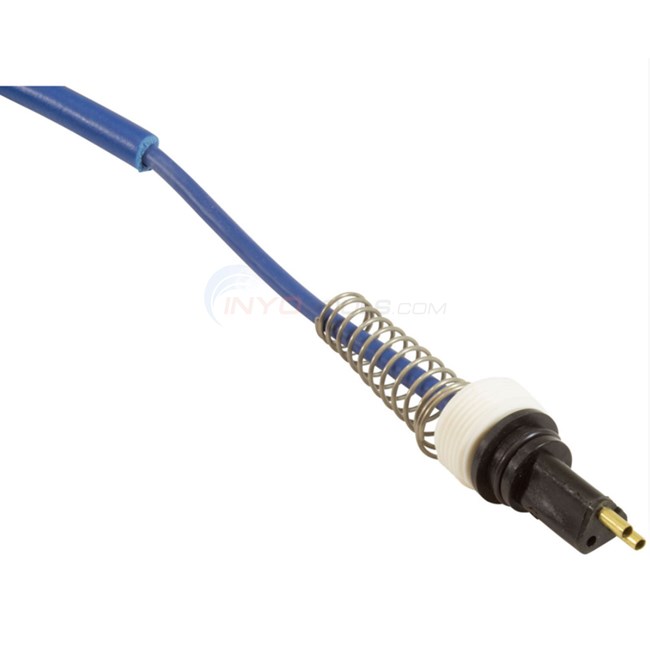 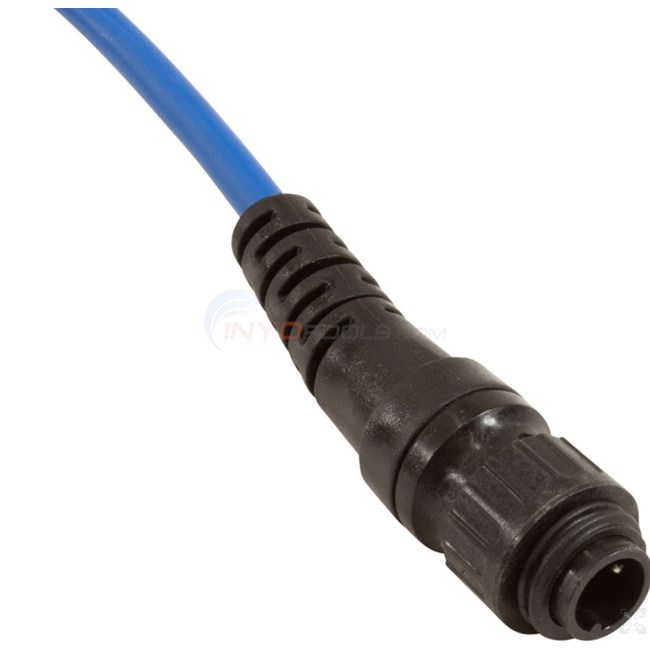 Will this cable work with a Dolphin Active 10? If not which cable which will work with this cleaner?

Good afternoon, Thank you for choosing inyo pools. I apologize for we do not carry dohenys robotic cleaner compatible parts.
Reply

Hi, is this the correct replacement cable for 99996113-US (Nautilus cc bought 4 yrs back)? And can the cable be replaced by the owner? Thanks.
Reply

A  Answered on 8/6/2021 by InyoPools Product Specialist Craig C.

Hello.  The Maytronics 60' Cable, Swivel, DIY, Metal Spring (9995861-DIY) and the 60' Cable, Swivel, DIY, Rubber Spring (9995862-DIY) are both compatible floating cable replacements for the Nautilus Cleaner.   Please note the difference being the Metal Spring and the Rubber Spring located on the cable.  Choose the replacement cable that matches your current cable.  Attached please find a brief tutorial on how to replace the floating cable on a Maytronics Dolphin Cleaner.  60' Cable,Swivel,DIY Plug,Rubber Spring,2W - 9995862-DIY     How to Replace a Maytronics Dolphin Pool Cleaner Cable - TOP Connect
Reply

Will this fit my Dolphin Nautilus 99996323? I want the swivel and I a plug at both end. No wiring for me. Thanks
Reply

Yes, this will work with the Dolphin Nautilus.
Reply

I have a Dolphin Deluxe 4 (B70758SJBD). I am in need of a swivel cable -- the model I have has the cable coming out of the top of the Dolphin. Which cable should I order?
Reply

A  Answered on 5/3/2021 by InyoPools Product Specialist Patrick P.

Hi Ted, the correct cable is actually part number 9995872-DIY which you can view by clicking here.
Reply

Can this cable work with the Dolphin Supreme M-4
Reply

Will this cord work from the power supply to the robot on my Proteus DX5i? My dog chewed through mine.

The cord on my Dolphin Active 30i gets tangled and twist. What can be done to correct this problem
Reply

Would like to replace swivel only. not whole cord
Reply

I have a Dolphin Atlantis and just need the 2 wire 1.2M cord from swivel to motor plug. 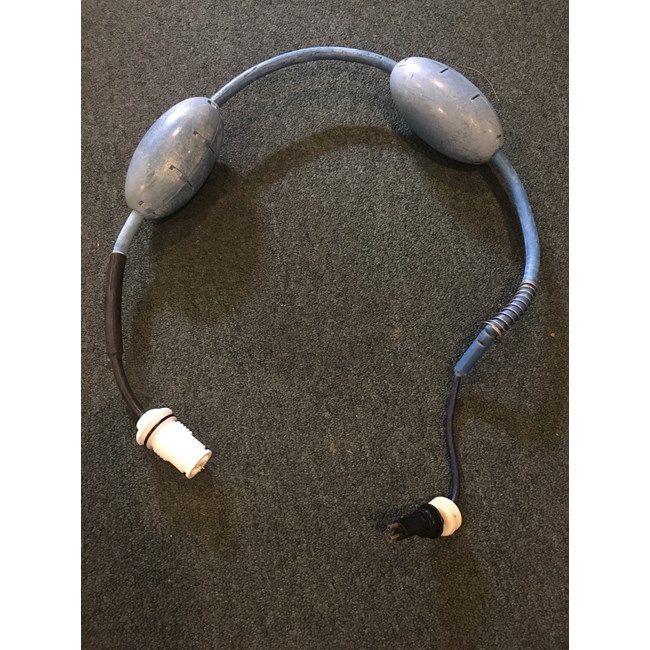 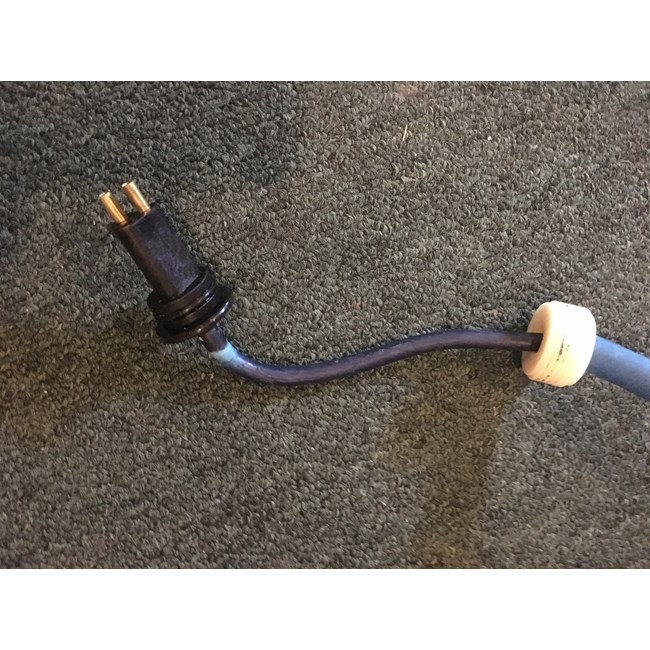 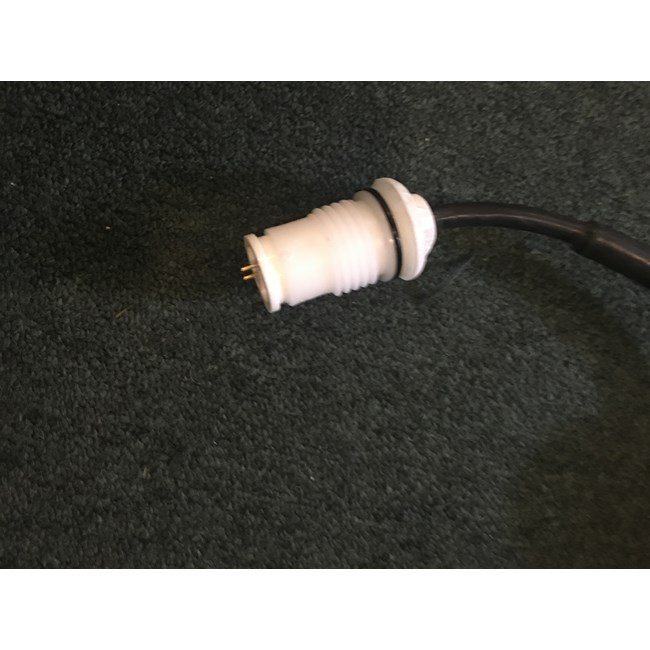 Can i get this part

A  Answered on 6/24/2019 by InyoPools Product Specialist Michelle B.

Hello, We can look into this for you. What is the brand/model of the vacuum?
Reply

Will the 60 ft blue cord for the advantage fit a deluxe 4?
Reply

Hi. The Cables of those units are not interchangeable.
Reply

I thought I ordered a 60' chord with metal spring and molded 3 prong plug. I rcvd a 60'chord with rubber spring and hexagonal screw on plastic wire cap vice the needed circular plastic screw in plug to the top of the motor unit. There was no invoice slip in the box. The 3 prong connector is correctly grooved though. Is there a way/procedure to remove the 3 prong plug so I can slide off the cap and replace with my circular plug -OR- exchange the cable?
Reply

Hi, Mike_P. Thank you for your inquiry. According to your order info, you ordered P/N 9995872-DIY. If you did NOT receive what was ordered, please provide us with a picture of the received item P/N which is located on a tag or packaging so that we can resolve this matter for you.
Reply

Don, The cord is 60 feet in length.
Reply

I have a dolphin deluxe 3 and need a new blue cord - how do I find my model # and which correct part to order? I ordered what I thought was the correct one, but it only has two prongs and my previous one had four prongs, as does my power supply unit. Please help!! Thanks in advance! ~Carolee
Reply

A  Answered on 5/1/2018 by InyoPools Product Specialist Megan C.

If you have ordered the cord and it is incorrect, I recommend contacting Maytronics directly at (888) 365-7446 with the serial number. The serial number is usually located inside of the robotic cleaner. The will confirm the part number needed for the cleaner.
Reply

Does this cord fit my Dolphin Quntrum Thank you
Reply

Hi, Edward. This cable is not compatible with the Dolphin Quantum, you'll need p/n 99958903-DIY which we will have to special order.
Reply

Do I need a special toll to remove the old cable from the cleaner?
Reply

Phil, No special tools are needed. You can use this how to guide for reference.
Reply

I have a dolphin dx5 is this the cable I need to replace it?
Reply

Hi, Can any of these swivel cables be used to fit on a Aquabot? Thanks!
Reply

Hi PG, This cable can not be used with Aquabot cleaners, only selected Maytronics cleaners.
Reply

Making sure this is the power cable for my Dolphin cleaner. The part # 9995861-DIY was given to me by Dolphin Matronics. My dog chewed the power cable in half. I saw from another review/post that I can install the new power cable. I was confused that the description was "cable and swivel". 18 M is length? DIAC DC with ends, not sure what that is.
Reply

Hi Teresa, The 18M stands for the length in meters and it already have the ends which is the connector to the unit and power supply.
Reply

Our Dolphin Supreme M3 is over 3 years old and no longer under warranty. We have taken it to a local dealer to find out that it is the cable (9995861) that needs replaced. Is this something that we can do ourselves? From what I've researched online it sounds like the DIY cable does NOT have loose wires and looks as if it more or less just "plugs in." Any information on this would be greatly appreciated. Thank you!
Reply

Hi, The Dolphin Pool Cleaner Cable with Swivel (9995861-DIY) can be installed by the owner. We do not have an instructional video showing how to install it but you can give Maytronics a call.
Reply